I have constantly heard and read online that every entrepreneur should read ‘Crossing the Chasm’ by Geoffrey Moore. I finally got a chance to read it a few weeks back. I think it’s a must-read book, not only for every entrepreneur, but also for every high-tech marketer.

I have attempted to summarize a few points from the book for those who haven’t had a chance to read the book. I will still advise to read the book, as the book has a lot of good examples that relate to today’s world.

To start with, ‘Crossing the chasm’ talks about strategies and frameworks that a high-tech marketer can adopt to make her company’s technology get adopted in the mainstream market. I will explain shortly what mainstream market means.

According to Geoffrey Moore, any new technology goes through a technology adoption curve. It breaks the users into five major categories along this technology adoption curve. I won’t get into too much detail into these categories, as it is pretty obvious from their names. The goal of any marketer is to understand the motivations and concerns of each type of user and develop marketing plan to cater specifically to that user type. The five major categories of users are – 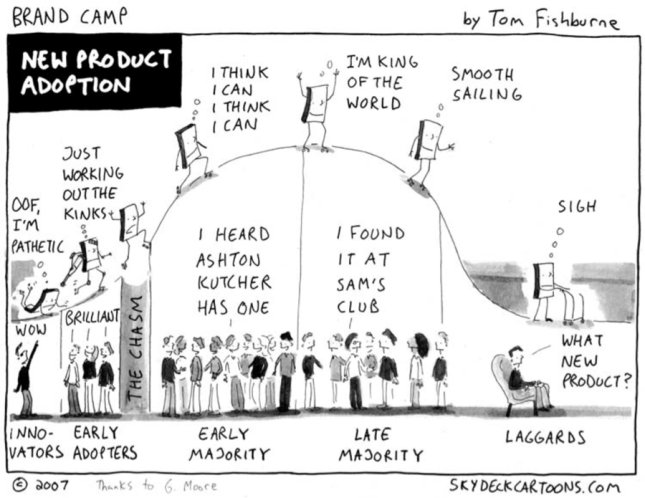 As you can see, between each user category lays a chasm that any company with a new technology needs to cross. The early majority and late majority make up the mainstream market (78% of the market) that I was talking about earlier and the biggest chasm lies between early adopters and this mainstream market. A lot of companies fall through this chasm and never surface again as they don’t understand the differences between these two markets. The strategies that worked brilliantly for the early market would never work for the mainstream market. Companies that fail to understand this are the ones that get lost in the chasm. As mentioned earlier, the book ‘Crossing the chasm’ mentions strategies to cross this chasm.

The author, Geoffrey Moore uses the analogy of England invading France to explain crossing the chasm. 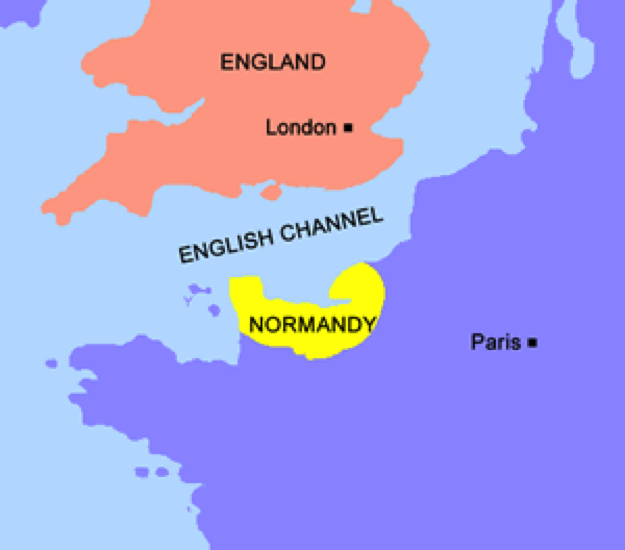 Imagine you are in England (market with early adopters), and want to capture Paris (mainstream market), but there is a big chasm represented by English Channel. It will be foolish to attack Paris directly. A better strategy will be to identify a point where you can start the attack (Normandy). This represents beachhead segment in the mainstream market.

The following are the four steps that Geoffrey lists to cross the chasm.

In the next post, I will talk about the process that will help with the first step mentioned above – targeting the point of attack. I will share the frameworks I built based on the book that you can use to identify the beachhead segments. I will highly recommend this book to every entrepreneur and high-tech marketer.