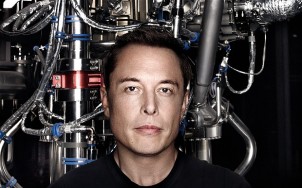 I recently read the biography of Elon Musk, and what an inspiring story, I must say. Elon Musk has surely joined the elite group of other crazies in this world, who have dared to envision a different world – Steve Jobs, Henry Ford, Bill Gates. The tenacity and perseverance that these guys have is unmatched or even unimaginable. But more important, the quality of clearly seeing a world 10-20 or maybe 50 years from now is the quality that distinguishes these crazies from the mere mortals.

I know the naysayers will bring up stories that will show how these people have built companies on others’ ideas, and how I am just drinking the kool-aid or being a blind follower. However, there is a big difference in the people who invented these things, vs. who either envisioned a future or dared to take steps to make this a reality.

I personally believe that those who dream and finally dare are the ones that make it possible. At the same time, I believe that there are certain inventions and technological advances that need to happen to make this dream a reality. This is what some of us call ‘timing’ and most of us call ‘luck’. There are some industries where this timing seems right.

Similarly there are other industries, which are showing signs of disruption.